A comedy horror play where the fate of the audience is in the fabulously manicured hands of two hapless drag queens.

Feuding frienemies, Crudi Dench and Kate Butch, are hosting a star-studded cabaret night in a last ditch attempt to revitalise their careers. However, on the eve of a zombie apocalypse, their backstage bust-ups become the least of their worries. As the undead invade the theatre, the queens must overcome their differences and use their unique talents to fight their way out of the flesh-eating horde and save the audience from a gruesome death!

Adapted during lockdown into a pacey, pandemic-friendly two-hander, Drag Queens vs Zombies features camp musical performances, hilarious interactive audience moments and at least one demon child of a famous celebrity.

“Fast-paced entertainment that really delivered on every level” ★★★★★ – LondonTheatre1

“Escapism from reality at its finest” ★★★★ – London Pub Theatres Magazine

This performance is BSL Interpreted. 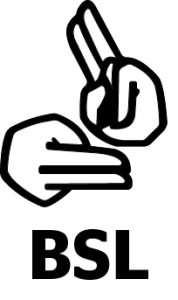