An Evening with Michael Attenborough: Celebrating 25 Years of Creativity

As part of our 25th celebrations, we kick-started an exciting program of yearlong events by hosting a joyous night with University of Leicester, where our patron Michael Attenborough discussed his family’s long history with the university and our centre.

The evening started with informal drinks in our centre’s café, where Michael answered questions around his father, his involvement with our centre, his storied history with the university and the theatre field as a whole.

From 7pm, all guests excitedly took their seats for an hour-long presentation from Michael about his strong family connection with the city, the University of Leicester and Attenborough Arts Centre. Representatives of the university included Vice-Chancellor Nishan Canagarajah as well as Head of School of Arts Dr Catherine Morley, who hosted the night. Our own Director Andrew Fletcher also introduced the evening, saying “Attenborough Arts Centre is for accessibility and inclusion in culture, creativity and learning and these have become so core to what we do”

After the introductions, a gleeful Michael began discussing his grandparents and how they founded the Attenborough’s link with the city of Leicester in 1932. His grandfather, Frederick, took the post of principal of the then University College Leicester and spent the next 20 years growing the school until it was an officially recognised university.

Michael recalled how art as a vehicle for inclusion and education stemmed from Frederick. Throughout his career, he used college funds to buy artwork that would inspire his students even if their work wasn’t based in the arts, as he recognised the importance of it within everyone’s lives. Frederick’s passion for the arts as a vehicle for education filtered down to his sons David and Richard, and the rest is history. 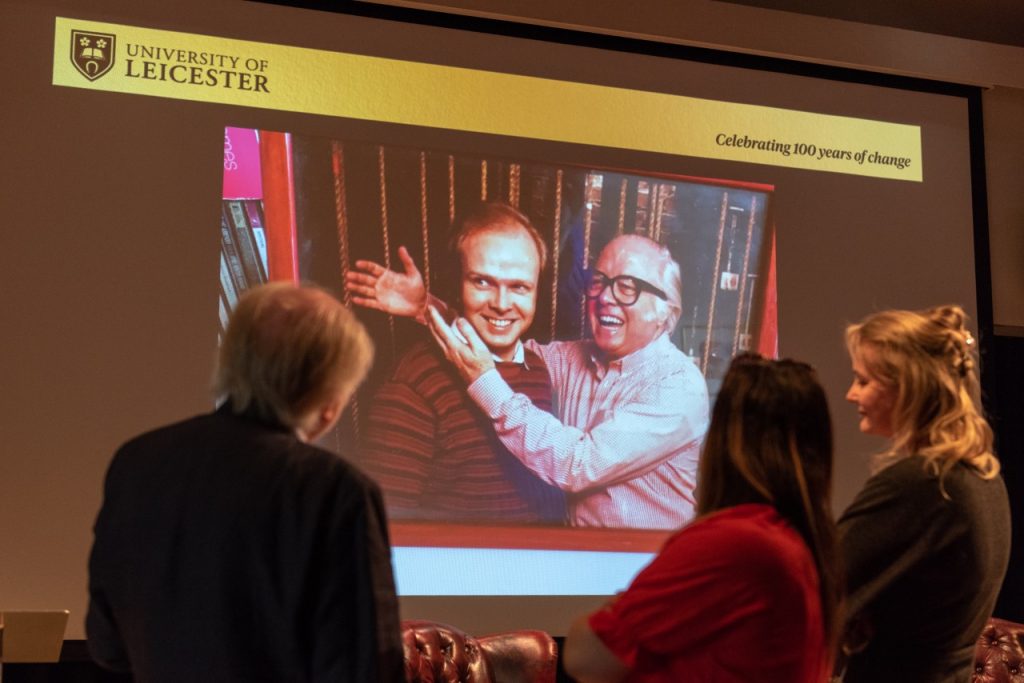 Caption: the moment Michael Attenborough came across the photo of him and his father Richard Attenborough. Photo credited to Stuart Hollis.

Throughout the presentation, Michael used a projector screen to show photos of his family such as the photo of our two patrons past and present.

The photos recalled one of many fascinating anecdotes of Attenborough family history, where Michael affectionately told the audience how our first patron became officially involved with the project to build a space for everyone:

“This building came about because Dad was commissioned by the government to write a report about facilities for the disabled art institutions, [with Dad saying], ‘we will build Britain’s first art centre specifically for the disabled people for them to enjoy as practitioners’ “

The End of an Evening, but the Start of Our Celebrations 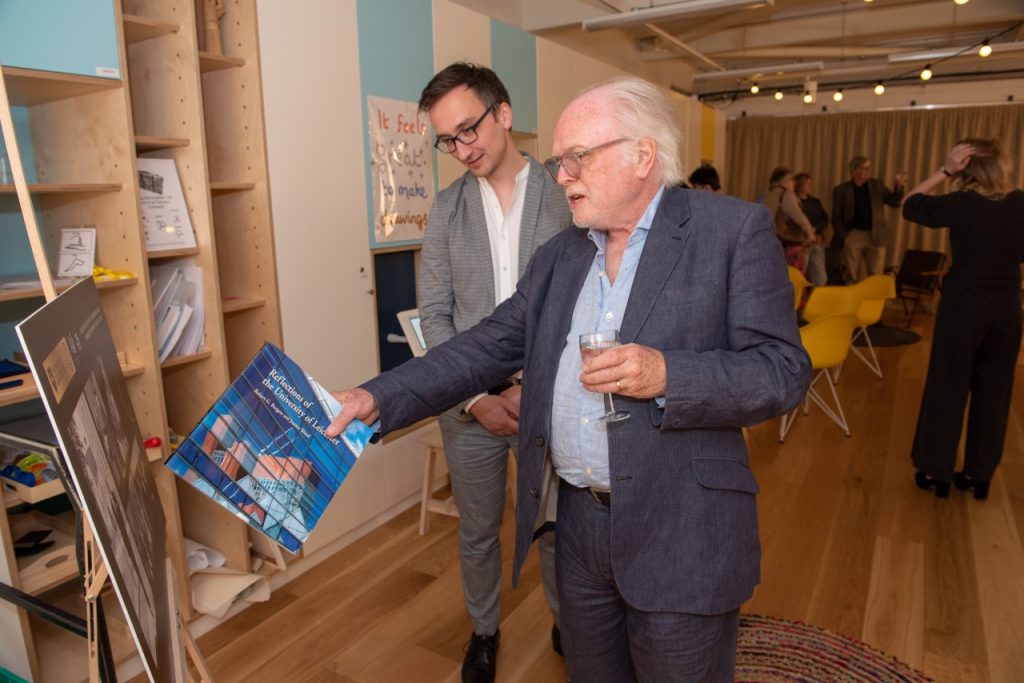 The end of the night saw Michael and attendees close a joyous start to this year’s program of events with drinks and canapés in the café. This was a night for Michael, University of Leicester and Attenborough Arts Centre.

To not miss even one moment of magic in our yearlong celebration, press here

Also, to watch the evening with Michael in full, click here.

The BIG List of Galleries and Museums in Leicester

Leicester is widely recognised as one of the most diverse cities in the UK. A thriving centre of community and inclusion, there are cul...

END_OF_DOCUMENT_TOKEN_TO_BE_REPLACED

A History of Attenborough Arts Centre: Celebrating 25 Years of Creativity

It’s roughly two weeks since Attenborough Arts Centre 25th anniversary, where we celebrated the historical milestone of a wide range of...

END_OF_DOCUMENT_TOKEN_TO_BE_REPLACED

Attenborough Arts centre and the Tigers Family came together to ‘Celebrate Inclusion’ raising awareness and promoting the needs...