The day has finally come: University of Leicester’s Space Park launched as of yesterday! An incredible institution that will facilitate further research and opportunities within the space sector for Leicester and beyond. However, as part of the launch our amazing Learning Team at Attenborough Arts Centre has been working in partnership with Little Inventors and Inspirate to create the incredible project, Little Inventors in Space.

The aim of the collaboration was to allow students from Ashmount School, Ellesmere College and Nether Hall School, which are schools for children with Special Educational Needs and Disabilities, to express their imaginations to create wonderful, original and practical invention ideas that would help make astronauts lives on the International Space Station easier and more fun. The children were encouraged to express their ideas through whatever medium they felt most comfortable or inspired to do through, whether it was drawing, sculpting, building, or describing their ideas. From there the ideas were submitted and four were selected to be brought to life by a team of Magnificent Makers.

This project was kindly supported by funding from the Arts Council England, UK Space Agency, Paul Hamlyn Foundation and Meggitt Engineering to bring the children’s work to life, with support from British Astronaut Tim Peake in producing a resource for him to answer questions about his time aboard the international space station for all schools. All of this work was delivered in collaboration between the AAC Learning Team, Little Inventors and Inspirate over the course of the pandemic with tailored resources created for the children to access from home.

“This also developed and differentiated the established Little Inventors model to ensure more time, space and resources to enable children to explore abstract themes, hypothesis and imaginings at a pace that worked for them, very much inspired by the Reggio Approach and the expertise of our special school partners and artists.” – Marianne Scahill-Pape, Learning and Outreach Manager at Attenborough Arts Centre

As part of the launch yesterday, the Little Inventors in Space exhibition launched inside the Space Park showcasing all of the creation made by the children and the local makers. Tim Peake showed his support throughout by exploring all of the inventions and talking with all the children saying that “the site would train, educate and inspire future generations.” 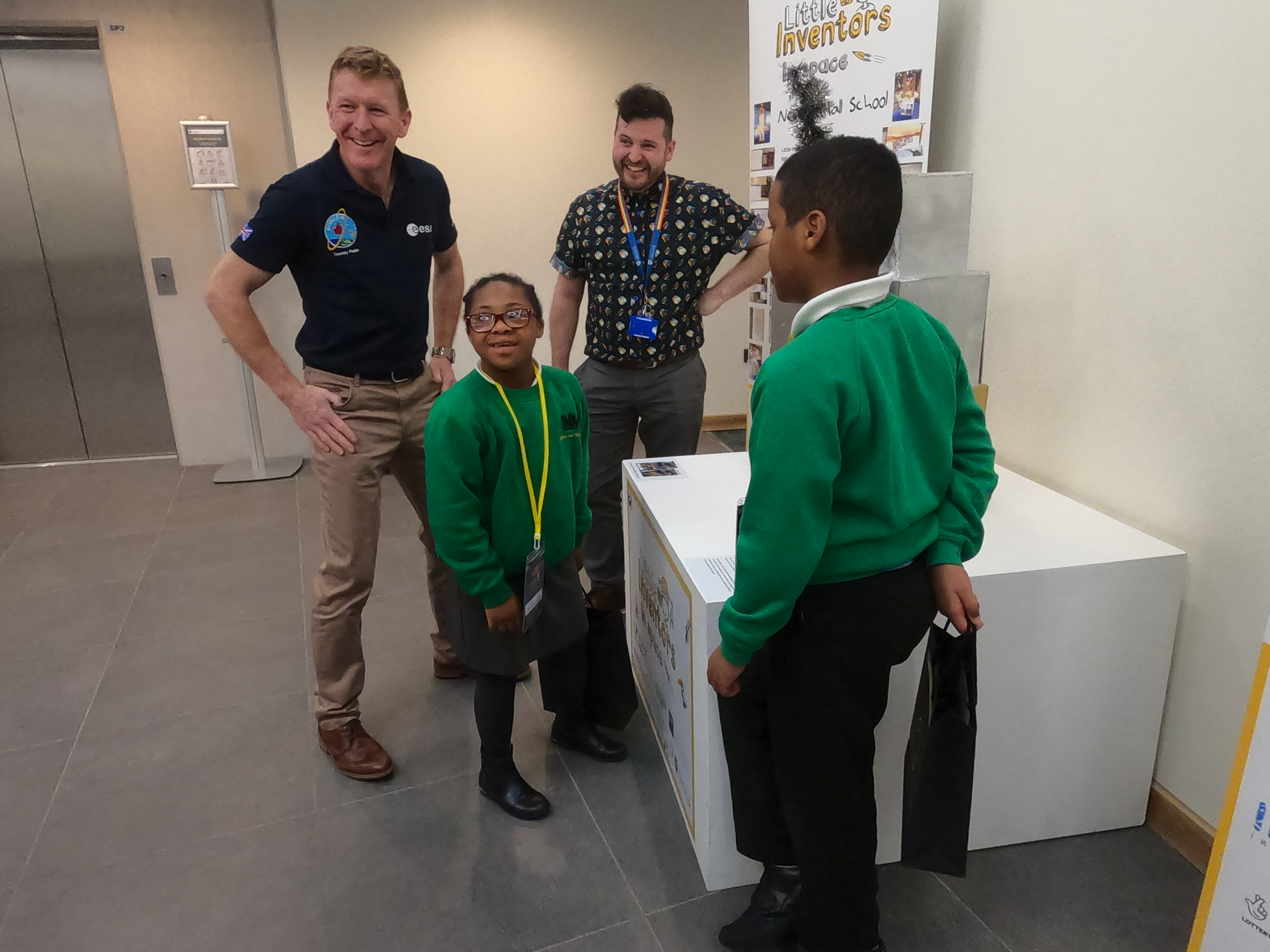 It was a momentous launch for the University of Leicester and the city itself, as the Park can further our impact upon space exploration to aid the world. We are so honoured to have been a part and would like to thank some key contributors who made the project possible: Will Evans, Jiten Anand, Sean Carroll, Bob Christer, Caroline Rowland, Marianne Scahill-Pape, Jeremy Webster, Amy Williams, Amy Mackenzie Smith, Gemma James, Sian Watson-Taylor, John Berkavitch, Helen Duff, Ellie Birkhead, Tim Peake, Sean Clark, David Wilson-Clarke and Tom Cleaver.

Keep your eyes on the Space Park and the Little Inventors to see were their research and imagination takes them next!